In light of recent events and in an effort to take all proper precautions we will suspend recitals and tours until further notice. As those of you who have taken the tour before are aware, it is a very tactile experience. Visitors must hold handrails, come in contact with many surfaces and in some cases even person to person contact. Safety is our top priority, for our staff, volunteers, and visitors. We look forward to resuming tours and recitals when it is safe and appropriate. As always, thank you for your continued support. Stay safe and healthy!

TOMORROW, Wanamaker Grand Court Organist Peter Richard Conte will play a half hour of diverse music including Finlandia by Jean Sibelius, Boléro by Louis J. A. Lefébure and Cortège by Claude Debussy on the Midmer-Losh pipe organ—the world’s largest musical instrument.  The recital will also contain historical information about the Midmer-Losh Pipe Organ.  This recital will be streamed via Facebook at the following page:

Historic Organ Restoration Committee is presenting these recitals as part of an ongoing broadcast series of the organs of Jim Whelan Boardwalk Hall so that patrons can still enjoy the instruments while remaining socially distant.

The recital is made possible in part by funds from the Atlantic County Office of Cultural and Heritage Affairs, a partner of the New Jersey State Council on the Arts.

Peter Richard Conte is an organist whose nearly-unparalleled technical facility, brilliant ear for lush tonal color, and innovative programming style have made him one of the most sought-after “orchestral” organists of this era. In 1989, he was appointed Wanamaker Grand Court Organist at what is now the Macy’s Department Store in downtown Philadelphia—the fourth person to hold that title since the organ first played in 1911. He performs a majority of twice-daily recitals, six days each week, on the largest fully-functioning musical instrument in the world. Conte is also principal organist of Longwood Gardens, and organist-choirmaster of St. Clement’s Church, Philadelphia, where he directs a music program firmly rooted in the Anglo-Catholic tradition. He is also a frequent collaborator and soloist with The Philadelphia Orchestra. 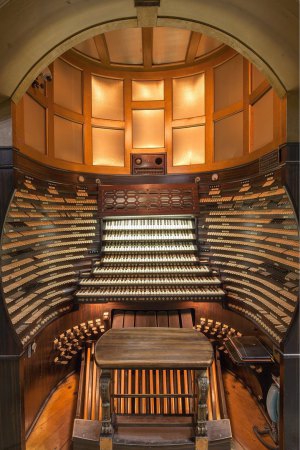 Head on picture of the massive 7-manual console of the Midmer-Losh Opus 5550, on-stage at Historic Boardwalk Hall. © HORC
Loading data...

year round, except for holidays.

guided tour through areas of the

building normally closed to the 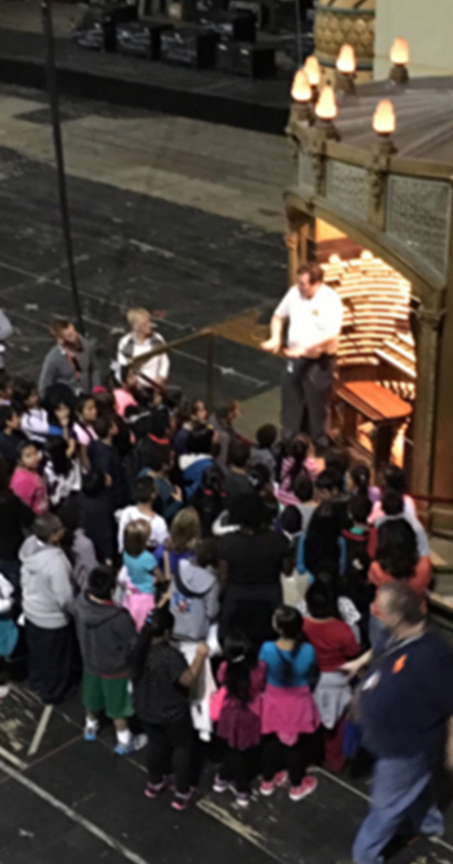 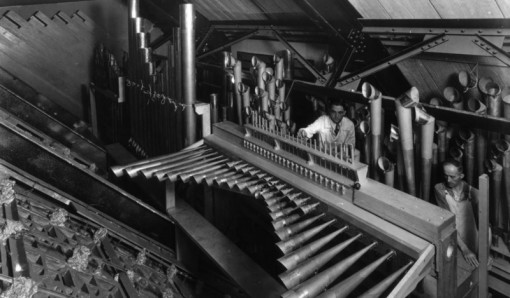 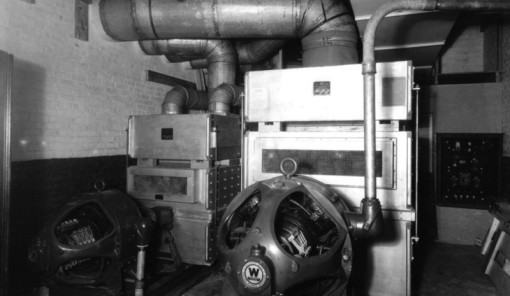