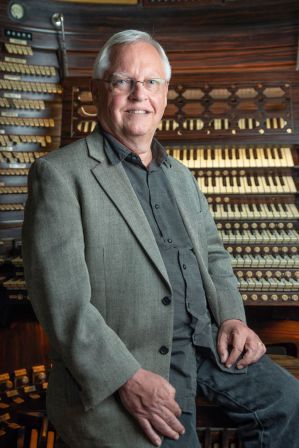 Glenn L. Rodgers, a native of Philadelphia, began what was to become a lifetime as a church and concert organist at the age of 13. He has studied with Robert Carwithen and J. Earl Ness, and earned degrees from Westminster Choir College and Temple University. He has also earned the coveted Associate of the American Guild of Organists artist's certificate and has been elected to positions of local and national leadership in that organization. He is well-known for his inspiring renditions of hymns and his creative programming and engaging performances.

At an early age, Glenn attended events at the Boardwalk Hall with his parents where he gained a fascination with the building and the largest organ in the world. It is now an inexpressible thrill for him  to be there as a regular performer!

Glenn and his wife Cindy are also honored to be among the group of volunteers working to assist the staff on the ongoing organ restoration.