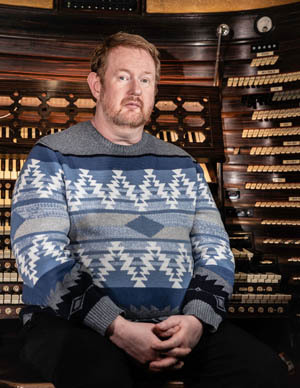 Jonathan M. Bowen has been Organist and Choirmaster since September 1991. He pursued a B.M. degree in church music at Westminster Choir College, studying organ with Robert Carwithen and choral conducting with Melanie Jacobson.

Mr. Bowen has been a substitute organist with the Philadelphia Orchestra in the past and traveled with them on their U.S. Tour in the autumn of 2001. Jonathan was Organist and Choirmaster at Reform Congregation Keneseth Israel from 2004-2011.

This is the 7th season that Jonathan has participated in the Boardwalk Hall organ concerts.