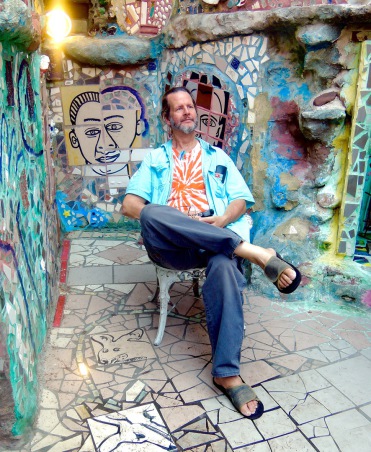 Paul Fejko is a product of The Curtis Institute of Music (class of '75) where he studied with Alexander McCurdy, Vladimir Sokoloff, and Max Rudolf, and was mentored a bit by Rudolf Serkin. His first taste of opera came at Curtis from Dino Yannapoulos - a long-time stage director formerly at the Met in NY.

After Curtis, he connected in Philadelphia, PA with renowned dance scholar and pedegogist Nadia Chilkovsky and became music director at her Philadelphia Dance Academy - a source of many well-known dancers from the 1950's through the mid 70's. At Serkin’s invitation, he spent two summers at the renowned Marlboro Music Festival.

In 1980 he headed east to become a musician with Maurice Béjart's Ballet of the Twentieth Century in Brussels, Belgium. From there he headed south to become Music Director of the Ballet of Lyon in France, and to work with Gilles Chevassiex at his Theatre Les Ateliers, also in Lyon. During much of the 1980s his time was passed between these positions, but not without many forays into Italy and Germany for work with other smaller theater and dance groups. There were also many various and sundry organ and piano concerts. This cultural and linguistic experience was and remains a great influence in his life and artistic endeavors.

The 1990s saw his return to the US where he then worked with and became music director of Convergence - Musicians & Dancers and later with Blue Wing Dance Company.

He has won first prizes for improvisation in Lyon (1981) and San Anselmo, CA (1990). At their Atlanta convention in 1992, the American Guild of Organists awarded him a second prize.

In 1987, Dino Yannapoulos commissioned an opera - Matteo Falcone - for the Academy of Vocal Arts in Philadelphia where Dino was Artistic Director at the time.

He has always divided his time among many endeavors, most notably with theater and dance as a composer and conductor, but also as a concert organist and pianist. He is Music Director of the very historic Gloria Dei (Old Swedes’) Church in Philadelphia and a musician for Dance and Theatre at Muhlenberg College in Allentown, PA.

In the past he produced 14 CD recordings on large European and American organs, covering a wide range of existing repertoire and his own improvisations. Some are still available at The Organ Historical Society.

In 2003 Paul Fejko founded and is Artistic Director of 'The Chester Performing Arts Project', an urban renewal project dedicated to bringing world class performing arts to the formerly depressed industrial city of Chester, PA. His work with tsunami productions in Chester is becoming well known in the region.

Fej is the owner and curator of the André Café Acoustique, a small, intimate performance space dedicated to original music, poetry and fine arts in Chester allied with the Chester Performing Arts Project. At YouTube, clips from many presentations are available: www.youtube.com/andrecafeacoustique.